When someone dies as a result of another’s negligence, two legal actions can be taken to recover damages for the death: a survival action and a wrongful death claim. Read on to learn more about these lawsuits and the wrongs they seek to compensate for. 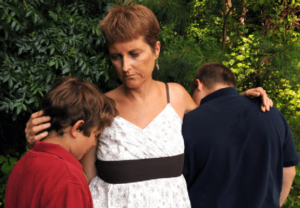 On the other hand, a wrongful death claim is filed to recover damages for losses experienced by the close family of the deceased, i.e. parents, spouse, and children. Unlike a survival action, wrongful death suits do not consider the experiences of the deceased prior to his death; rather, these claims seek to itemize the effects of that person’s death on those around him. For example, a family may experience loss of income and other benefits because of a parent’s death, as well as loss of companionship and guidance. For these costs, the surviving family members can receive financial damages. Though a wrongful death claim and a survival action may seem like they are part of one effort to gain full compensation for a death, they are two entirely separate legal actions.

After the death of a loved one, you may be able to recover financial damages for your loss and the costs you have sustained. To discuss filing a survival action or wrongful death claim, call (301) 840-0404 to schedule a free consultation with an attorney at Sussman & Simcox.