The Importance of Talking to Young Drivers About Safe Driving Habits 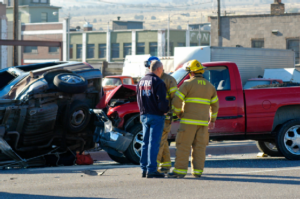 This weekend brought another sad reminder of the statistical risks long associated with young drivers. Police in Rockville, MD responded to a multiple victim auto accident on Muncaster Mill Road. The early reporting by both the Montgomery County Police and news outlets indicates that two vehicles, both operated by young drivers, and carrying passengers, were proceeding at a high rate of speed, lost control and collided, injuring not only the occupants but killing a pedestrian who was walking along the roadway.

Excessive speed, inexperience, and the distraction of friends and classmates in the car are frequent contributors to serious accidents involving young drivers. It is the mindset of many teenage drivers that upon obtaining a driver’s license they are “fully qualified” to operate a car on public roadways, and they drive as if they’ve seen it all and done it all. The reality is that a young driver is really just “minimally qualified” to drive, and has years of additional learning to do behind the wheel, facing changing weather, road and traffic conditions that add to his/her experience as a safe driver.

The other issue looming over this tragic accident is whether the two vehicles had been racing. The investigation on this aspect is still pending. But in a culture where street racing is often glorified, (the movie Fast and Furious is now up to its 7th installment), it should be no surprise that young drivers want to experience the thrills of a high-speed race on familiar streets, forgetting that movie scenes are the product of experienced stunt drivers and computer-generated sequences. And under a provision of Maryland law, ALL participants in a street race can be held liable for injuries and damages caused by either car. So if one car in a street race leaves the road and collides with an innocent bystander, the driver of the other vehicle, which did not strike anyone, can be held equally responsible.

If you have young drivers in your house, they need to hear these stories. If your young driver or anyone you know has been involved in a car accident near Gaithersburg, MD area, call (301) 840-0404 to schedule a free consultation with Sussman & Simcox: Attorneys at Law.