Mistakes to Avoid After a Car Accident

It’s all too easy to panic after being involved in a car wreck, especially one that involves significant damage and injuries. However, panicking can make it difficult for you to think clearly and you could easily end up making a serious mistake. Instead, take a deep breath and check to see if you or anyone else has sustained a car accident injury. It’s also a good idea to call an auto accident lawyer serving Gaithersburg. Your personal injury lawyer can offer the legal guidance you need to avoid making the following mistakes. 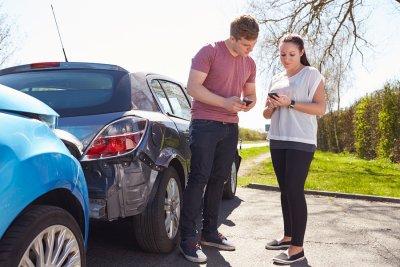 In the event that the accident was a minor fender bender and no one sustained any injuries, the other driver may try to make an oral agreement with you. He or she might try to convince you not to call the police. The other driver might also tell you that he or she will pay for the damage out of pocket and that calling the insurance company isn’t necessary. This is never a good idea. You should always call the police to report the accident and to obtain a police report. Without the police report, there is little evidence to prove that the crash occurred and you’ll likely have difficulty with your claim. Additionally, if the other driver is offering to bypass the insurance paperwork, there’s a good chance that he or she lacks auto insurance. In this case, it’s best to let a car accident lawyer handle your case.

Another mistake drivers commonly make is leaving the scene of the accident, rather than pulling over. Even if your car just barely grazed the other car’s bumper, you still need to pull over and check to see that the other driver is alright. You’ll also need to report the accident to the police and exchange insurance information with the other driver. Failure to do so is a criminal offense.

Many drivers already know that they need to exchange their insurance information, and write down the other driver’s full name and address. However, one common mistake is neglecting to write down other crucial details, such as the names and contact information of any passengers and witnesses to the crash. You’ll also need the make, model, and color of the vehicle, along with the license plate number.